We are an Independent Baptist Church, identified with the Baptist historical principles. With clear distinctions, not associated with the Historical Fundamentalist Ecumenical movement, but with the fundamental principles of Biblical centrality. We are not part of any association. It is our desire that you may be blessed by means of this page, mainly with the salvation of your soul, if you are not saved yet, or with an abundant life in Christ, if you already have Him as your Saviour. 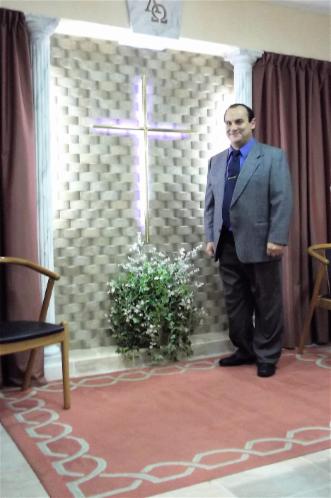 Una Iglesia Bautista Independiente. Identificada con los principios históricos bautistas. Con distintivos claros, no asociada al movimiento Ecuménico Fundamentalista Histórico, sino a los principios fundamentales de centralidad Bíblica. No somos parte de ninguna asociación. Es nuestro deseo que puedan ser bendecidos por medio de esta página, principalmente con la salvación de sus almas, si no son salvos aun, o con una vida abundante en Cristo, si ya le tienen como su salvador. WHO ARE THE BAPTISTS?
The people of God who today are distinguished by the Baptist name have not always been called that way. Towards the beginning of the 17th century this name was given to a group of independent churches (without hierarchical organization) in England because they practiced baptism by total immersion of the body in water, and this only to the people who previously gave a profession of personal faith in Christ as your Saviour.

But the Baptist history did not begin at that time; in fact, these churches were the historical successors of those dissident Christian churches that since apostolic times have been defending on the basis of the use of the Holy Scriptures as the only rule of faith and practice in the Christian life the following rights:

But God is faithful and there have always been believers on earth willing to risk their own lives to defend biblical principles before bowing the knee to the traditions of men.

Baptists have multiplied in recent centuries because of their missionary zeal. Today there are about 30,000,000 Baptists worldwide.

WHAT DO THE BAPTIST TEACH?
Baptist churches accept the following statement as the foundation of the Christian faith:

FIVE TRUTHS THAT GOD WANTS YOU TO KNOW